"For generations, my ancestors fought proudly as warriors against the Jedi."
―Pre Vizsla, to Obi-Wan Kenobi[src]

Initially, Pre Vizsla wore traditional Mandolarian armor with a white design on his helmet. He also wore a cape for aesthetic purposes and was equipped with a jetpack. Around the start of the second half of the Clone Wars, Vizsla wore a personal, more customized set of armor with a noticeably different helmet design.

Pre Vizsla was skilled with a variety of weapons, particularly a Darksaber, which he used to combat against Jedi. The Death Watch leader also made use of WESTAR-35 blaster pistols.

Vizsla conspired with Mandalorian Senator Tal Merrik to capture Kryze during her journey to Coruscant, where she intended to plead her case directly to the Galactic Senate, but Merrik was defeated before he could complete his assignment. Amassing an army of Death Watch troops on Concordia in preparation to take over Mandalore, Vizsla was forced to wait until his and Dooku's plot to turn Mandalore against the Republic was completed. Vizsla dispatched a Death Watch assassin to Coruscant to kill Kryze, as her death would remove the opposition to the Senate's upcoming vote to have Republic troops occupy Mandalore—an occupation which would allow the Death Watch to gain the support of Mandalore populace and "liberate" them from the Republic. However, the assassin failed to murder Kryze, and the plot itself fell through, with the Senate voting against occupying Mandalore. With this turn of events, Vizsla was forced to postpone his attack on Mandalore, as his forces would be unable to hold the planet without its people's support.

"Yes, I have the duchess."
"Very good. Reinforcements are on their way."
―Merrik and Vizsla, upon Kryze's capture[src]

After failing to kill Satine, Pre Vizsla launched an attack on her personal starship, the Coronet, as she was traveling to Coruscant to plead her case to the Galactic Senate. Tal Merrik, the Senator for Mandalore, was secretly employed by the Death Watch to smuggle assassin droids on board. When all the assassin droids were destroyed and Obi-Wan Kenobi found out that Merrik was the traitor, he took Satine hostage and called for Pre Vizsla to send reinforcements. Vizsla complied and dispatched a group of B2 Super Battle Droids aboard Droch-class Boarding Ships. However, Merrik failed to escape from the ship as he was stabbed by Anakin Skywalker, who, in addition to Kenobi, rescued Satine Kryze and saw her safely to Coruscant.

Vizsla had a deal with Dooku to kill the Duchess. Vizsla sent a assassin to Coruscant to kill her. The assassin failed and had to get off of Corusant. Vizsla withdrew his forces from their location and abandoned Dooku.

A Friend in Need

"I thought you had honor. But you're just murderers! No better than Dooku!"
"You call us murderers, and yet it was your own lust for revenge that made you seek us out!"
―Lux Bonteri and Pre Vizsla[src]

Sometime after the abortion of the takeover of Mandalore, Pre Vizsla went to confront Dooku face-to-face. Vizsla dueled the Count, but he used Sith lightning and slashed Vizsla' eye. Vizsla was able to retreat with the rest of the remaining Death Watch and join another group called the Night Owls. They went into exile on Carlac, and Vizsla broke all bonds with the Mandalorian terrorist group and the Separatists. Son of the deceased senator Mina Bonteri, Lux, contacted Vizsla about plotting to kill Dooku. Seeking revenge, Vizsla obliged and told Bonteri to meet him on Carlac so they could begin the operation.

After escaping near death on Mandalore, Lux took the ship, Phoenix, to Carlac and met up with the Night Owls leader Bo-Katan and other Death Watch members. Once Katan reported to Vizsla that Bonteri arrived, Vizsla went to his tent and met with the boy, who was kissing Ahsoka to hide her anti-Death Watch objections. Vizsla asked if he was interrupting and got straight to business, kicking Ahsoka out. Lux gave him the holo-tracker device where they could find out where Dooku was hiding. Vizsla was pleased and asked to have it, but Lux said once he knew more of the group, then he would allow them use of it. With little patience, Vizsla pointed out his scar which he received from Dooku upon their failure and Lux obliged. Vizsla declared a celebration, but it was interrupted by the Ming Po because they asked for their kidnapped villagers back. Vizsla assured they'll have them back, and the next morning, Vizsla tossed the leader's grandaughter to the cheiftain, eventually stabbing her. The members burned the village, and, in shock, Lux asked what were they doing, and Vizsla revealed the true nature of the Death Watch. Ahsoka came out of her disguise and attacked the members, but was eventually overwhelmed. Vizsla was prepared to kill Ahsoka and say it was justice to rid them of the galaxy, but then Artoo distracted the soldiers long enough to provide her lightsabers to her. Vizsla then dueled Tano until she ruptured his jetpack, allowing their escape.

"I want to hear their story. If they're an enemy of the Jedi, then they're a friend of mine."
―Pre Vizsla, upon finding Maul and Opress[src]

The Death Watch departed from Carlac and relocated their base on Zanbar. Shortly after, nearby the planet Florrum, they discovered a derelict Escape Pod, on board which they found Darth Maul and Savage Opress, wounded from their duel with Obi-Wan Kenobi on the planet and unconscious. Bo-Katan suggested that they simply dispose of the two Zabraks, but Vizsla wanted to know more of them, and even enlist them. He ordered them to be loaded onto their ship.

"Like you said, only the strongest shall rule."
―Pre Vizsla's last words.[src]

After being discarded by Dooku for failing to assassinate Satine, Vizsla joined with Darth Maul's criminal organization, the Shadow Collective, and gathered his forces to invade and capture Mandalore in the name of the true Mandalorian culture. While The Shadow Collective ran amuck Sundari, Vizsla and the other members of Death Watch arrested them to gain the praise of the people. Vizsla, however, planned on betraying Maul and had him imprisoned with Savage. The two brothers escaped and recruited Almec to become the new Prime Minister of Mandalore and the trio headed to the palace. Maul challenged Vizsla to a duel, to which he agreed.

During the duel, Pre Visla used his Darksaber, explosives, blasters, a flamethrower, and various other weapons, while Maul did not even bother to use the Force. The Sith Lord eventually defeated Vizsla and had him at his mercy. Honoring his warrior heritage, Vizsla accepted his fate as Maul beheaded him with his own Darksaber. While many members of Death Watch became loyal to Maul instantly and without question, Bo-Katan and the Nite Owls refused to accept an outsider as their new leader and fled from Maul with the loyalists.

Vizsla orders his men on the planet Carlac.

Darth Maul and Pre Vizsla battle for the throne of Mandalore. 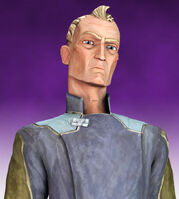 Pre Vizsla in his full suit of armor. 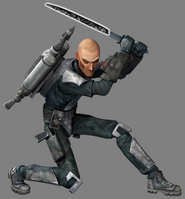 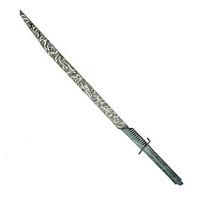 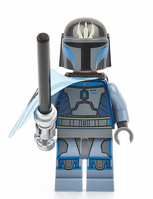 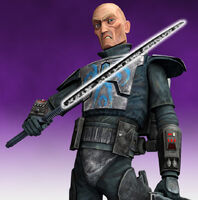 Add a photo to this gallery
Retrieved from "https://clonewars.fandom.com/wiki/Pre_Vizsla?oldid=78146"
Community content is available under CC-BY-SA unless otherwise noted.